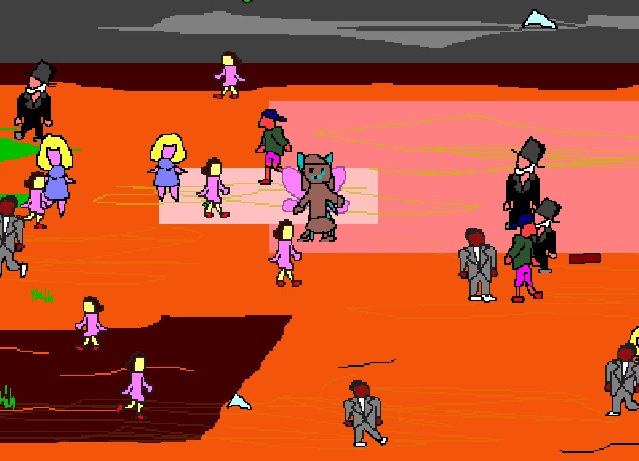 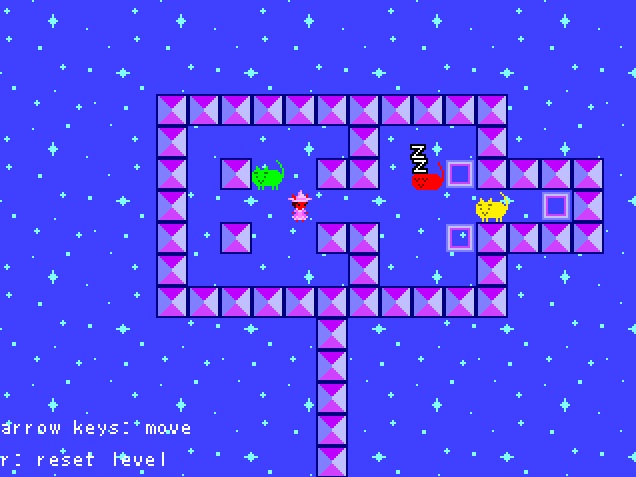 Why play it? Cats are great at not caring for humanity's pride of place atop the animal kingdom. They expect food, water, and cuddles from us every day. They get as much, too. It is said that dogs look up to us while cats look down. This is very much the case in Cat Sokoban.

It should come as no surprise that cats aren't very fond of being pushed around or being told what to do. Hence, they don't like it when you try to play Sokoban with them. This might be one of the trickiest Sokoban games ever. Impressively, it's also one of the funniest. 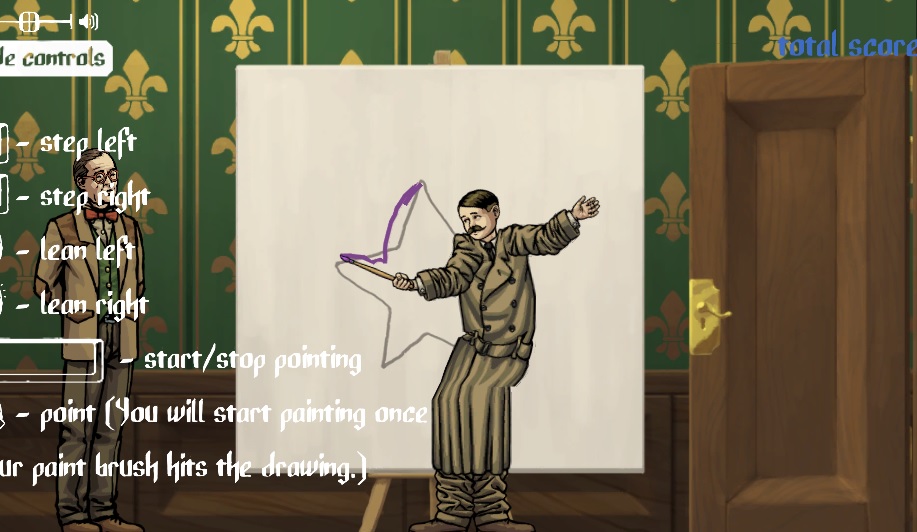 Why play it? I can't write anything here that would do the game more justice than the developer's own description:

"A comedy game about Hitler being two young boys stacked on top of each other."

It has all the covert silliness of Octodad. Unfortunately, like Octodad, it also loses its humor after a little while, becoming too challenging for its own good (I couldn't do the very last level). Still worth the giggles it provides, though. 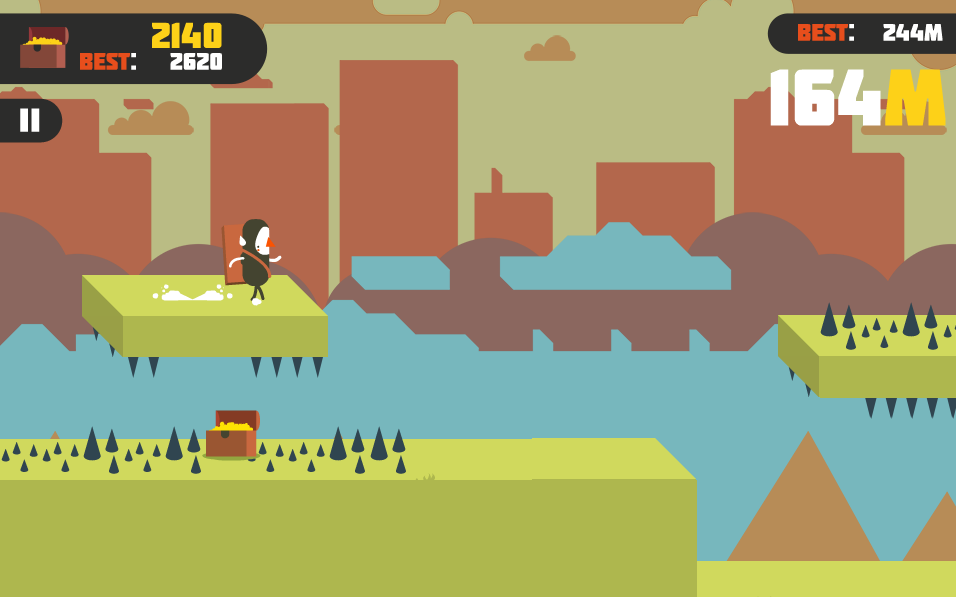 Why play it? Bodies as stepping stones. Your squeaky runner has a board strapped to their back. This shows that they accept that they'll die but resolve to help others with their fallen corpse. It's a shame that it's all for nothing. But then, what are we all doing now, hoping to achieve? What are we constantly working towards? Why do we try so hard? We just keep going, every day, knowing that there's no next level. Progression for its own sake.

Anyway, you can never die in the exact same spot twice in this one-button runner. As said, you can't win either, but you can "try harder" (as the auto-tune bots sing to you) to get as far as you can. The easier option is to spam deaths so that every hazard is a sandwich of bodies and boards allowing for your safe passing.

I mainly played this for the chirps and squeaks of each jump and death. It would be even better if the bodies punctured on beds of spikes made a squishing, crunching noise when you stepped on them. 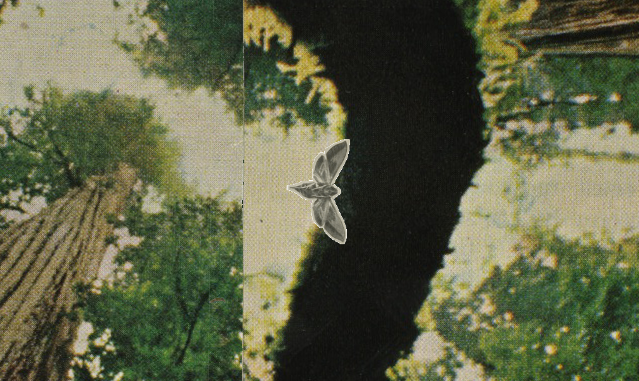 Why play it? You fly as a moth through faded photos from old National Geographic magazines. You can see the creases in the pages and cut-off words trailing at the edges. There's nostalgia here, like a childhood summer trapped in an old decaying photograph - it's wistful, too. I'm reminded of a solemn Boards of Canada track.

The textures fit with the poetic words dotted about the pages and that you piece together in and out of sequence. The story is short but magical in the same way a fairytale is when you read it as a child. It's all about rebirth and adaptation, particularly how we rebuild ourselves to overcome our fragilities. 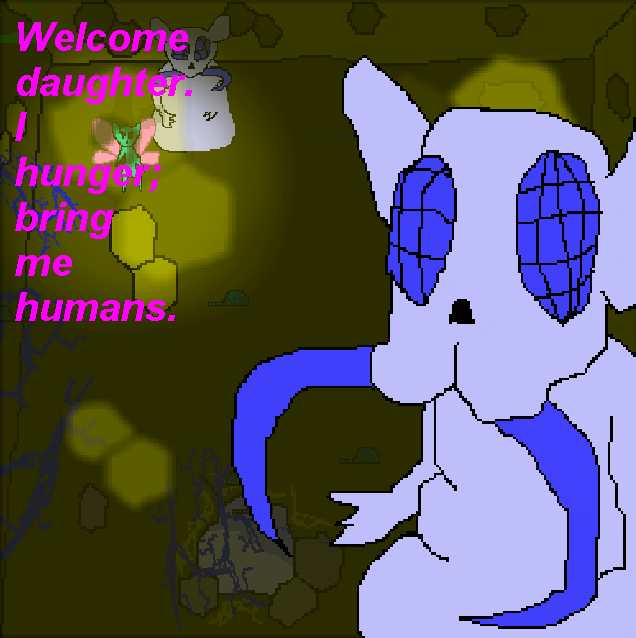 Why play it? This is a short story of a mother's greed. She wants humans so you fly down, blend in, and snatch them in cocoons so she can gobble them up. Every meal adds another segment to her body. Your mother consumes and grows like a far more grotesque version of the line in classic Snake.

Every time you visit the world has changed; like milennia passes in mere seconds. Humans scream, they run, they battle, they fade. Jack's distorted music adds the creepiness of a step-uncle's stare to your mother's vile nest. 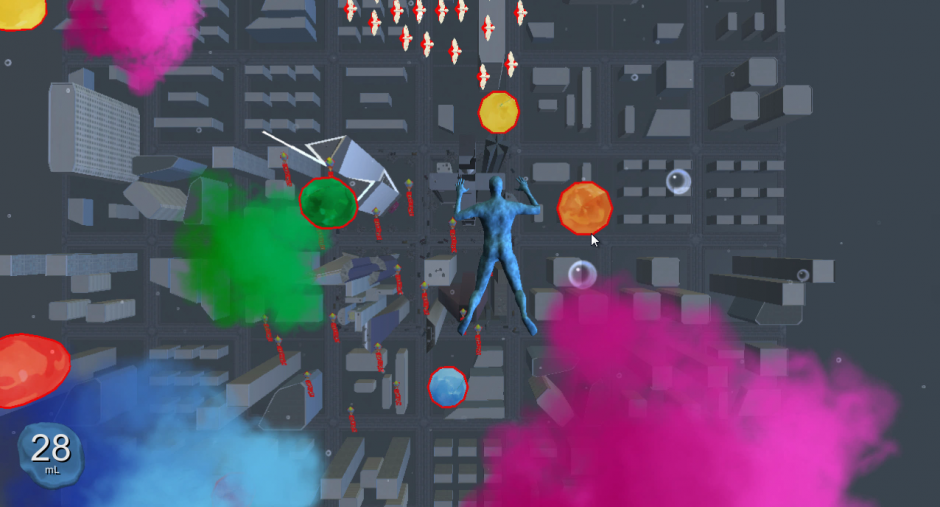 Why play it? A raindrop simulator, except much much better than that. Drop Drop involves freefalling from a cloud high in the sky and collecting other water drops on the way down in order to make the biggest splash as you can on the roads of a still city. This should be an Olympic event.

As you fall, you can tilt forward to dive for extra speed. While this may increase the thrill of the fall, you'll also find it trickier to avoid the flocks of birds and other abstracted objects that decorate the way down. There are also clouds of pink, and green, and blue that you can fall through if you want to splash the grey intersections with a different hue.

There's a pleasant repetition to be found here, like going down a death slide over and over. If you're not competing with yourself (and I didn't), you'll enjoy the brief adrenaline and liberation of falling, then gushing bright fluid all over the streets as your body bursts. It's a death that rings out with the words "I made my mark on the world."