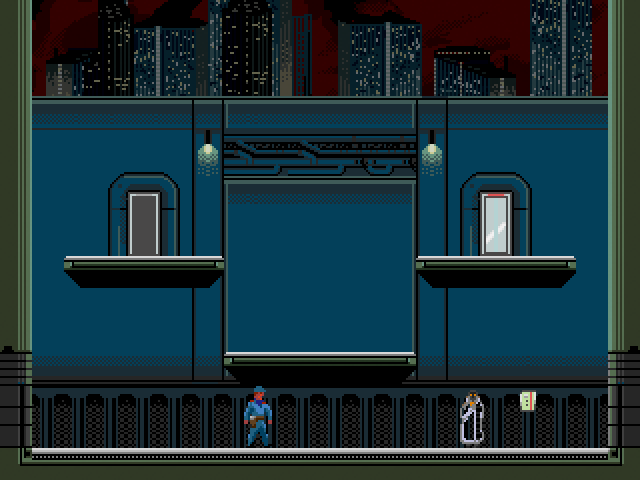 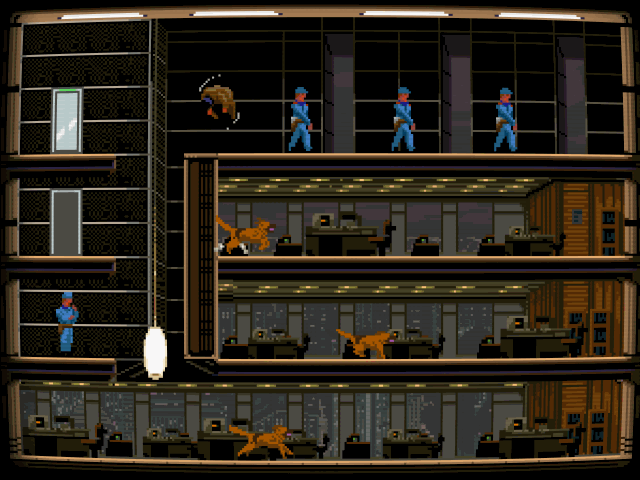 We're getting closer to Master Spy's release on Steam, which is still supposed to happen before the end of the year. TURBOGUN, its developing duo, describe it as a stealth-based precision platformer. Though, to me, this does basically mean that the announced 50 playable levels will be a challenge that not everyone will be able to overcome.

Master Spy draws its main inspiration from old-school arcade games, which becomes quite obvious when you catch a glimpse of the cut-scenes. A demo of the first mission is avalable for free, and the full release is coming to Windows, Mac and Linux. 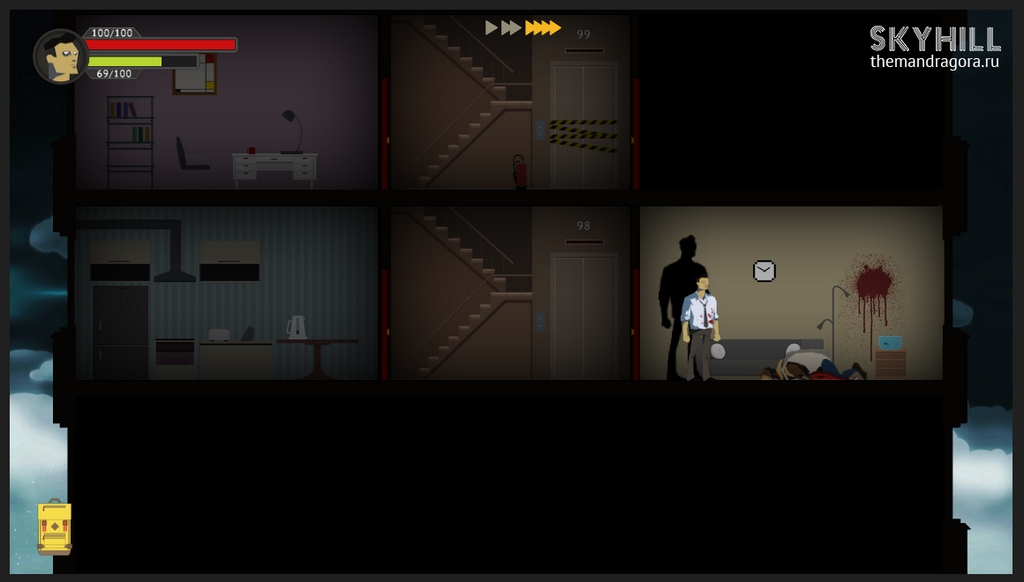 Skyhill is a sidescrolling survival horror. Unlike games about the entire world falling apart, here you're going to be dealing with a biological catastrophe contained in the hotel where the protagonist is spending his night.

The game is designed with roguelike elements (permadeath above all) and a focus on exploration. Your task is to descend through the numerous floors of the hotel in search of survivors. At the same time, however, you must avoid mutated personnel as there is very little you can do to fight back threats of any kind.

The Adventures of Bertram Fiddle 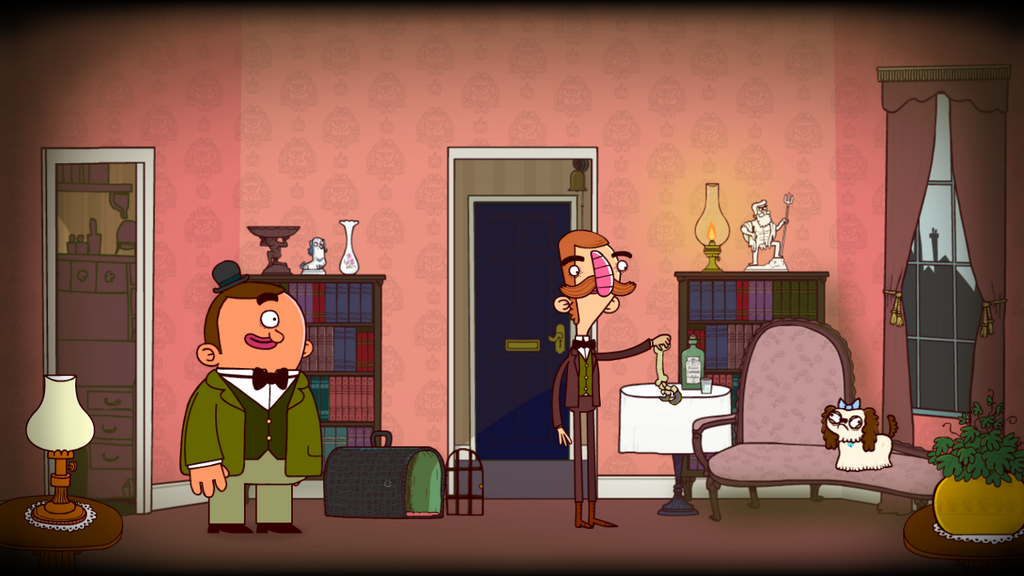 Another pic from the @BertramFiddle #EGX build. Using the right bait can solve anything! #screenshotsaturday pic.twitter.com/jiloVhDQrw

Forget the appearances of this game because what they might suggest to you probably isn't true at all. The Adventures of Bertram Fiddle is an upcoming adventure game where, playing as the titular individual, you'll be asked to solve a unique murder mystery.

The story, set entirely in London, appears to be heavily reminiscent of the tales of Jack the Ripper. Grim, yes, but as it's laced with dark humor and a dim surrealist tone seems to command every scene, The Adventures of Bertram Fiddle should be enjoyable to mostly anyone. 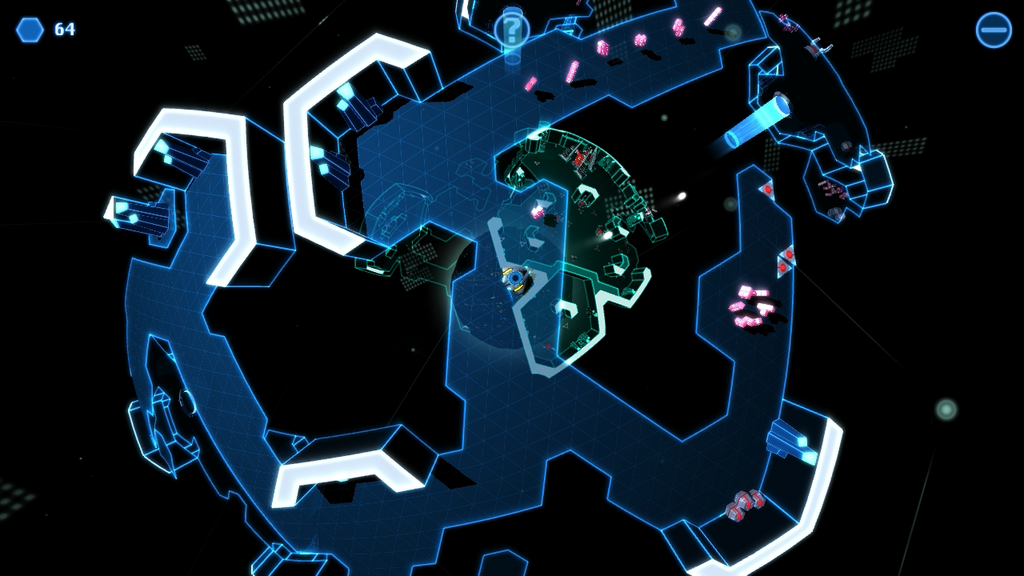 It took me a while to understand how things are supposed to work here. But as soon as I found the perspective from which the world of Backspace has to be seen, it made perfect sense.

It's a top-down arcade adventure set in a virtual universe that depicts an online super network in which you're trapped. To shut it down, and be free once again, you'll have to solve puzzles on multiple layers of the same spherical node and shoot down any threatening entity that approaches.

The game is in alpha at the moment, and while there isn't a release date yet, we can expect it to come out for PC, Mac, Linux, iOS and Android. 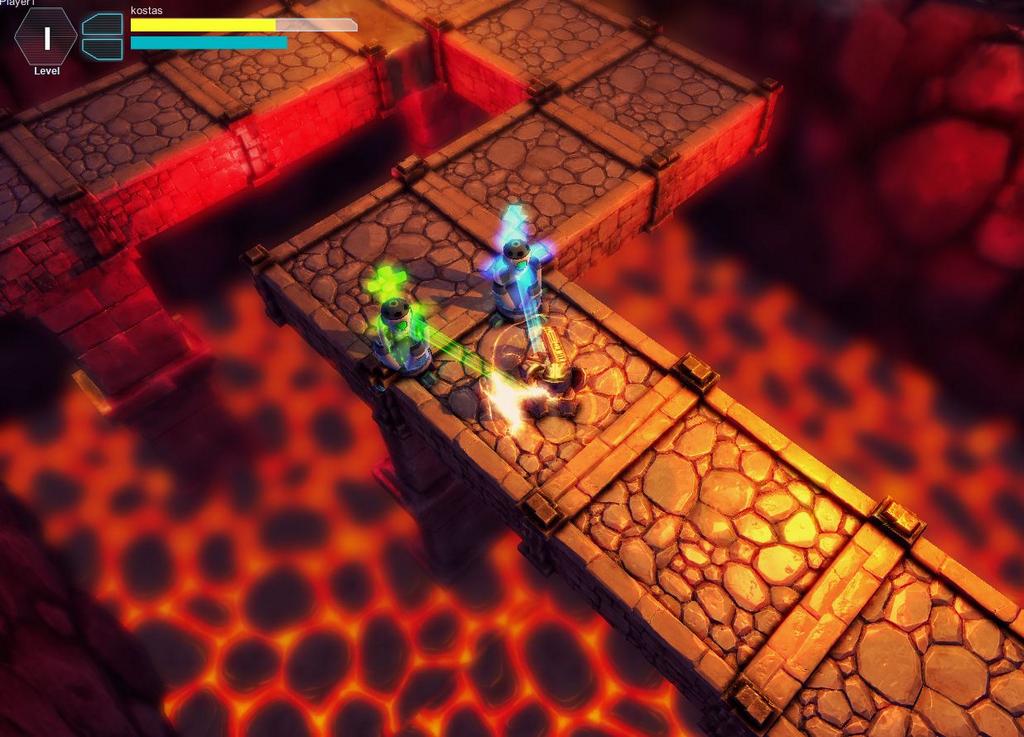 The small Greek team Glow Games has been working on Dungeon and Robots for a year already. It's a top-down sci-fi action RPG where robots are the only entities that are able to survive upon the wasteland that was once populated by humanity, which is now an endangered species.

A co-op mode is currently being developed, but aside from that, most of the gameplay elements are being kept secret. It will eventually be released on Windows, Mac and Linux. 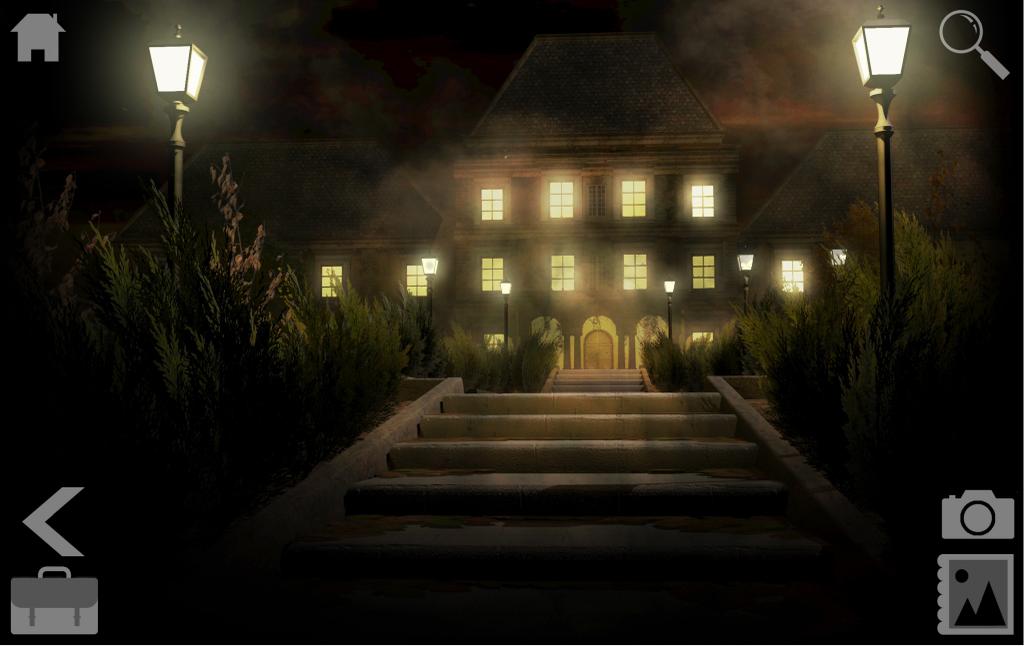 Not fully finished yet but here’s one of the outside scenes in Forever Lost: Episode 3, enjoy :-) #screenshotsaturday pic.twitter.com/bQusvrqBSE 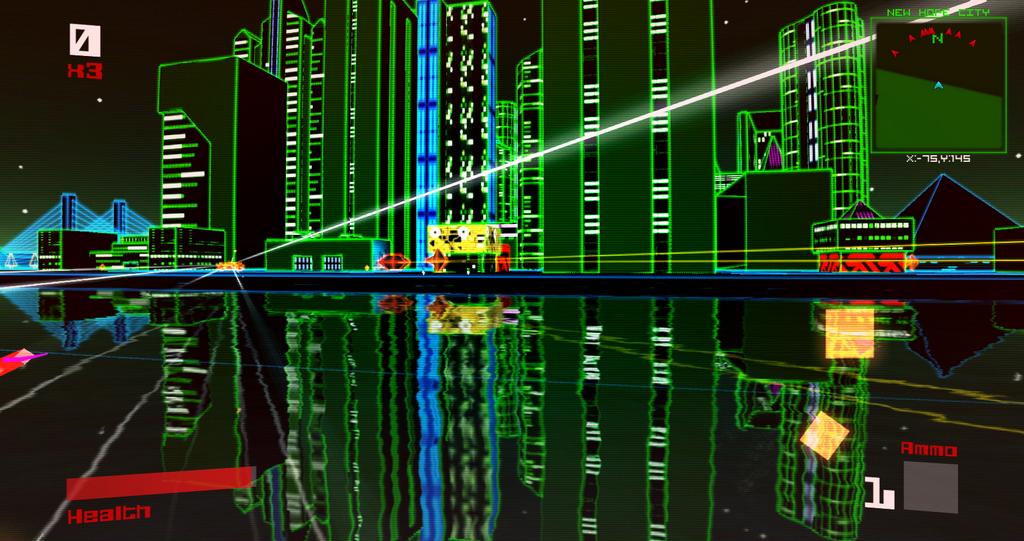 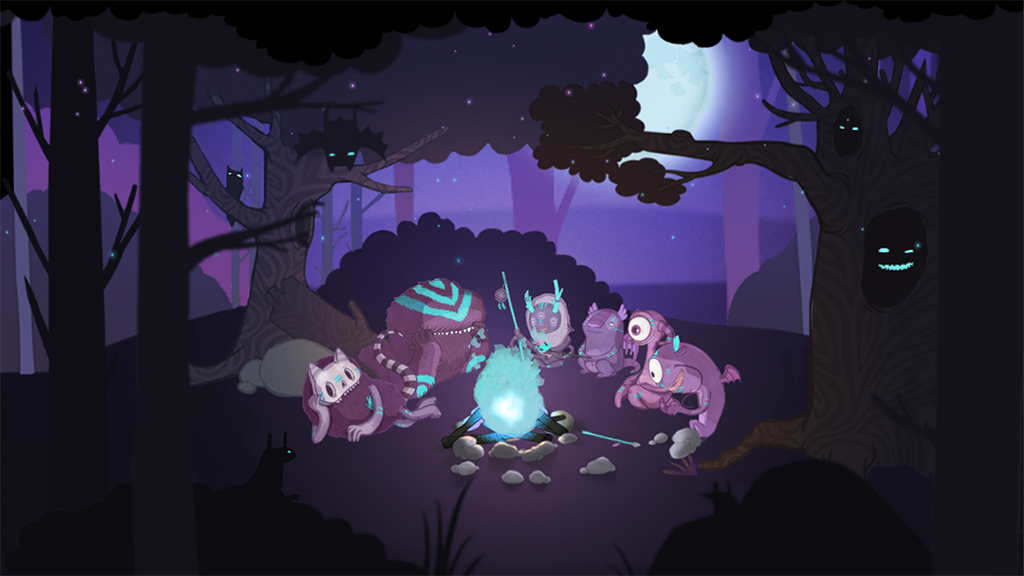 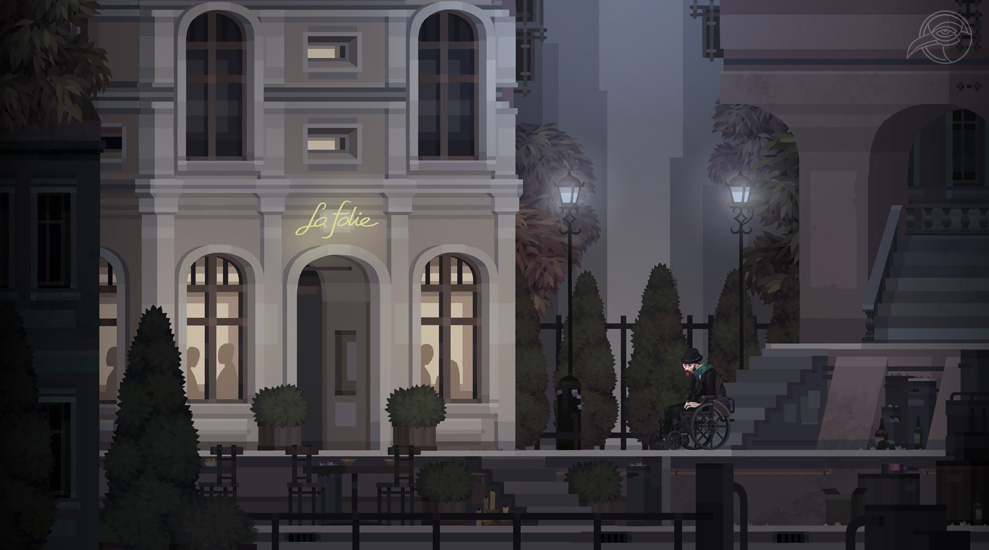 So, friends, what do you think? We share, you retweet. Yes? #screenshotsaturday #gamedev #gameart #indiegame pic.twitter.com/rbWknNyJgY 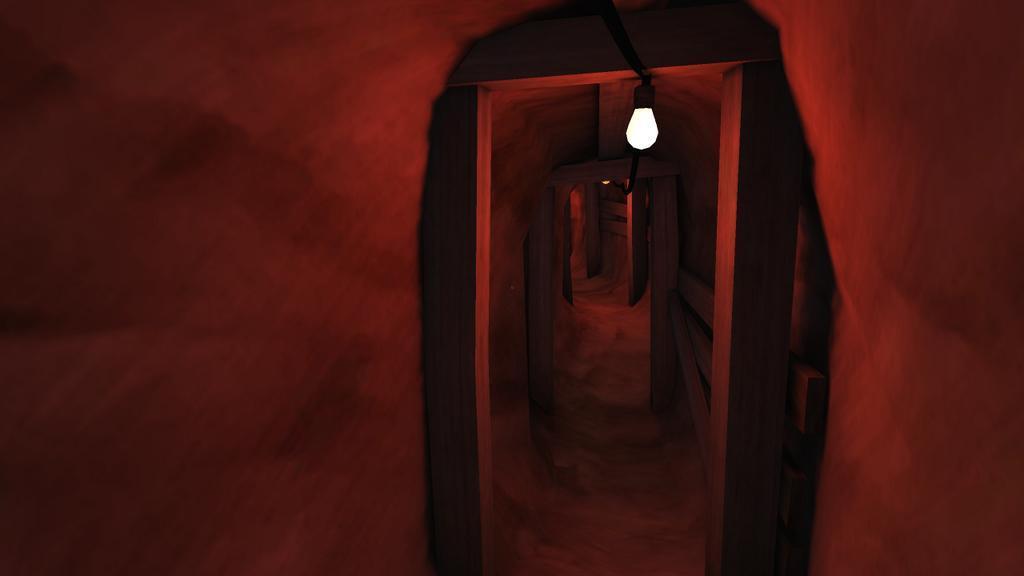