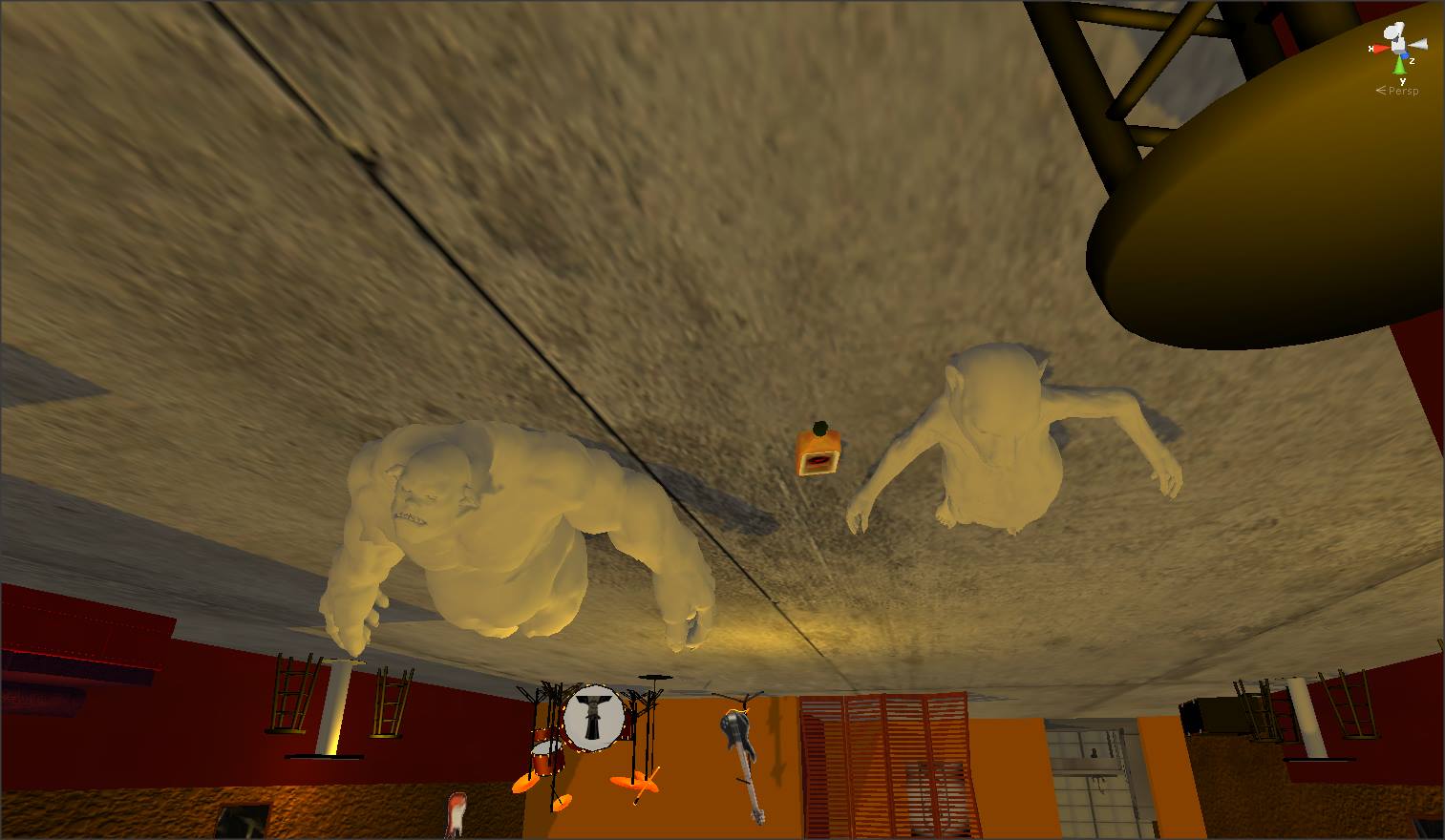 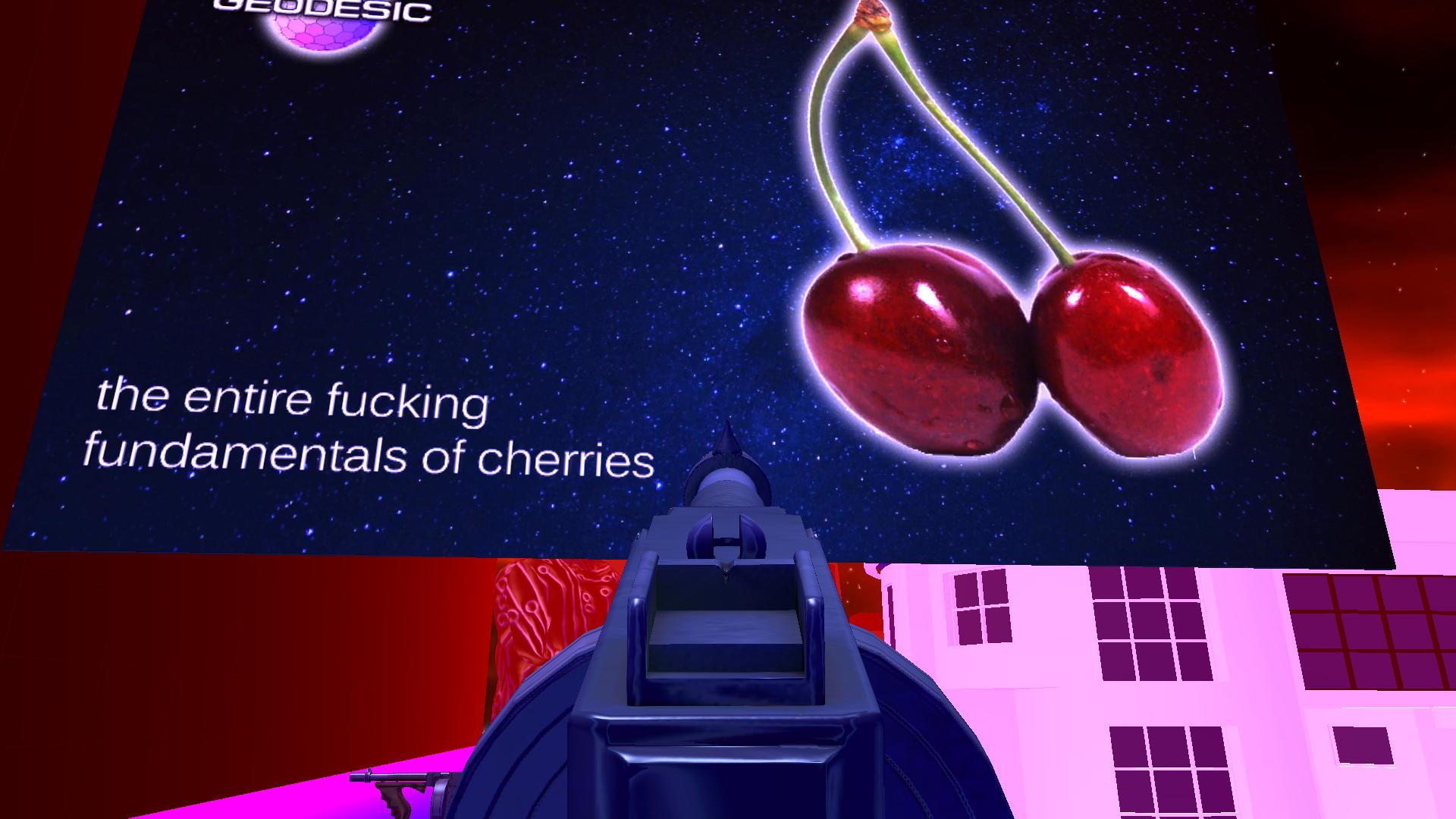 "Genocide Dolphins is a surreal first-person shooter. It takes place inside a pastel-toon future city known as Screaming Tortoise 8.

It's the kind of place that you can stop on the streets, twitch for about 10 minutes, and no one pays any great attention - magnificent for the heartbroken.

You're able to go on missions to help the citizens fight against authority with revolvers, shotguns, and light machine guns. You can also move in slow-motion and explode palm trees.

It's currently in development by Gareth Murfin. He says that Genocide Dolphins has a plasticky eeriness to it.