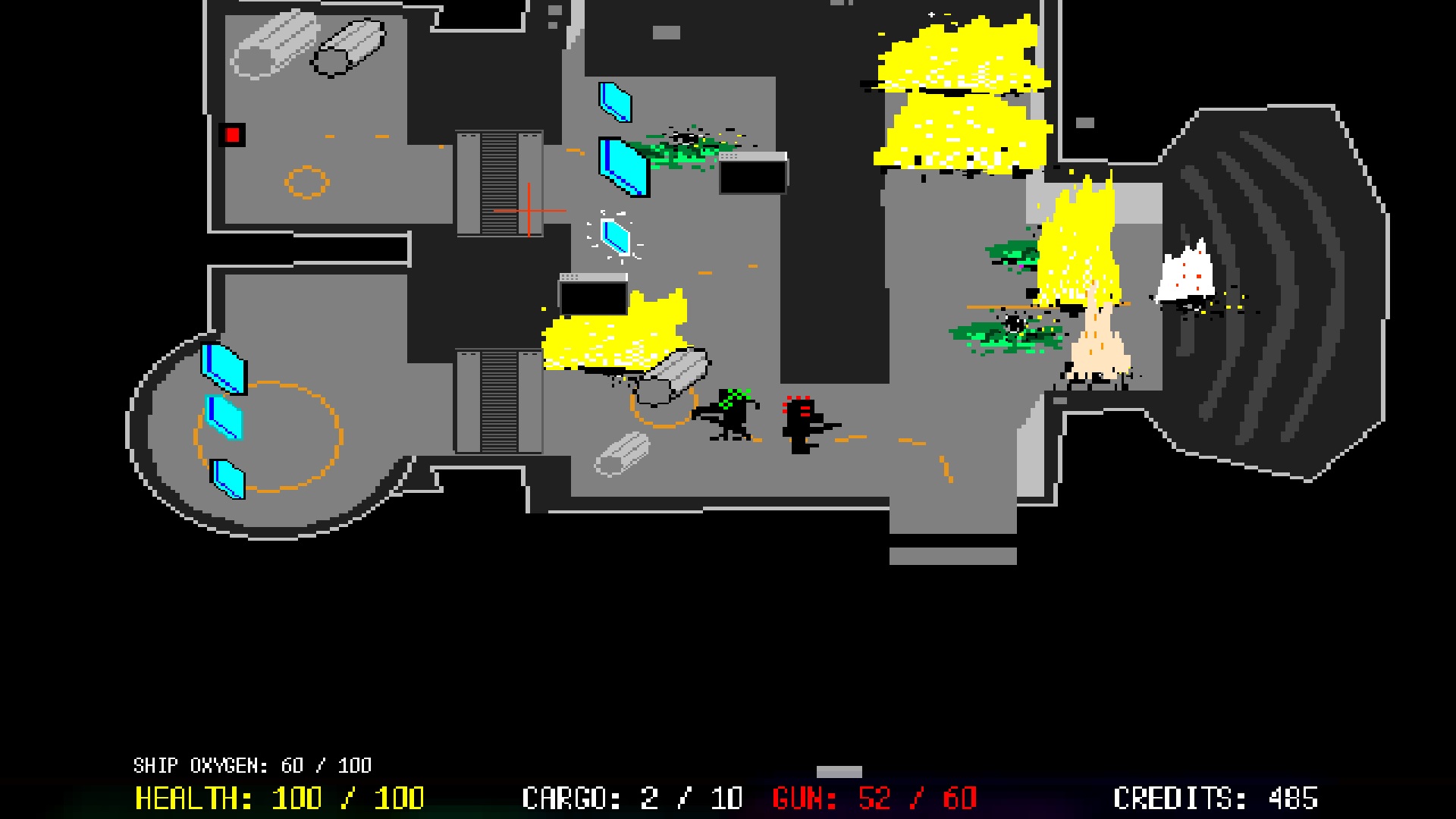 "Dernshous was basically what I liked from Escape Velocity, which was seeing little spaceships flying around and shooting and docking at space stations, and the idea of going aboard other ships. So that's pretty much what Dernshous is, but I feel like it's still too much of a conventional game that it doesn't work how I'd like.

I think I would've preferred it narrowed down more with a stronger focus rather than being half a normal space game. Dernshous was almost meant to be a much simpler version of Slumos, my other space flying game, but it got out of hand as well.

I included an old version of the game because now I feel like it didn't need to be expanded on from that version, the new version just looks and sounds better but I like the atmosphere." - Author's description

Why play it? Unlike many other games by Jake Clover, Space Pirate Dernshous is ripe for more than one go. This is a very accurate representation of what I imagine the life of a space pirate would be like. On top of its appealing combat system, the chance of robbing treasures upon boarding the ships you've just neutralized turns out to be surprisingly enjoyable.

It's hard to get the hang of things. But once you've got the controls down, you'll even be able to keep up with the busy shop screen (with its prices constantly adjusting in real-time), which appears dauntingly alien in the beginning.

Steal booty by indulging your violent side. Buy upgrades to keep yourself in top shape. Then prepare to become the ultimate terror of the entirety of space. - Luca 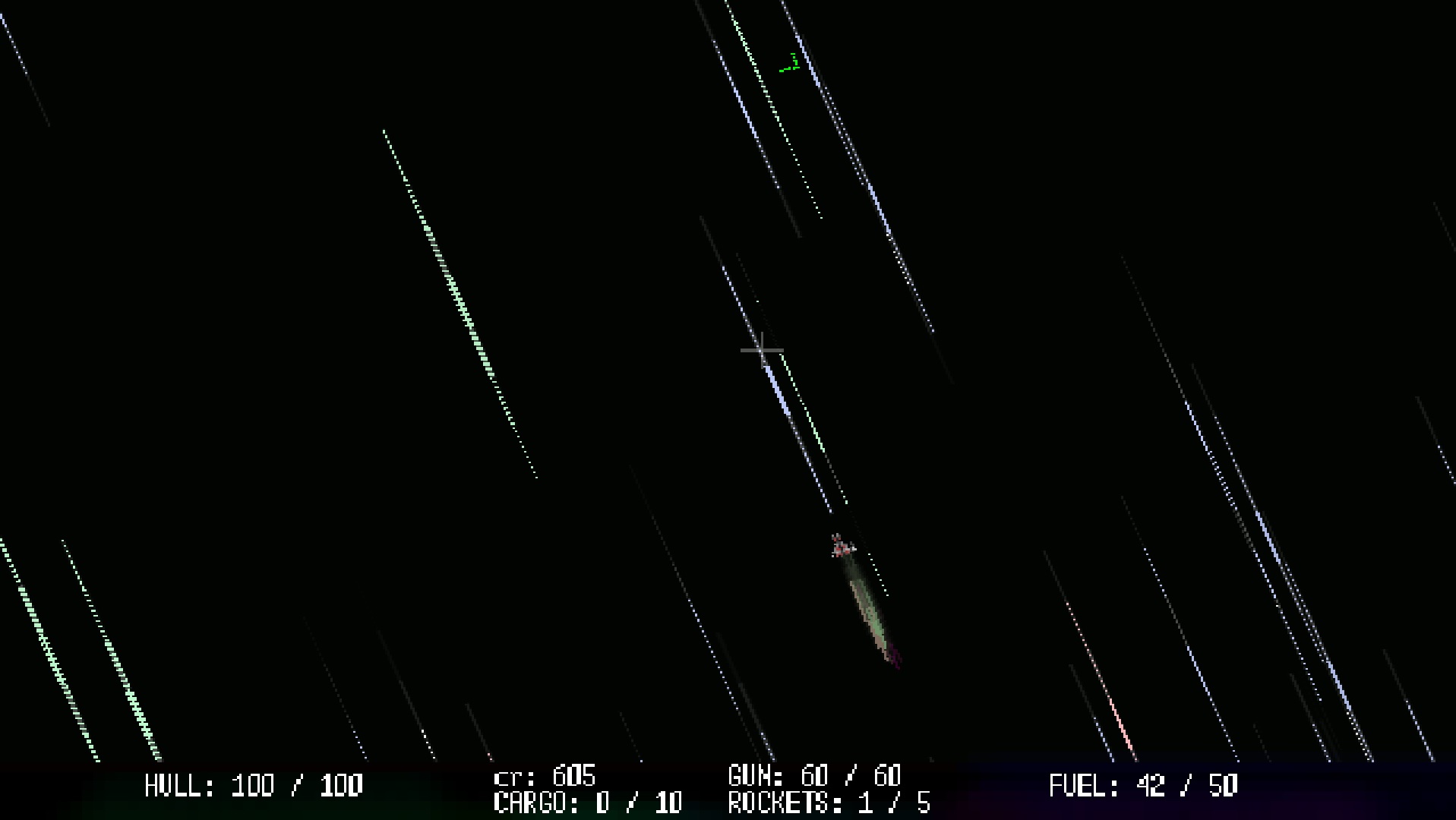 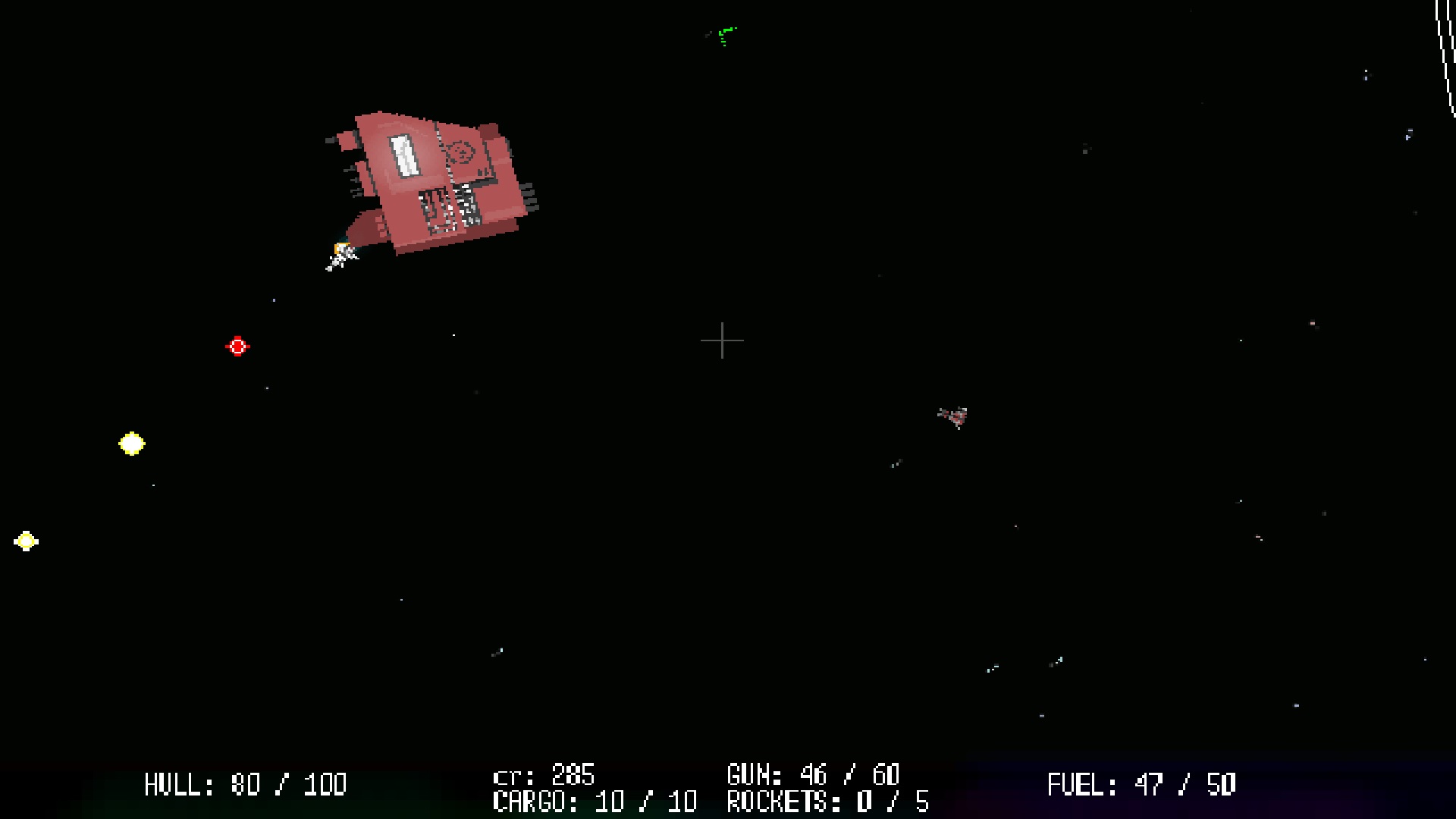