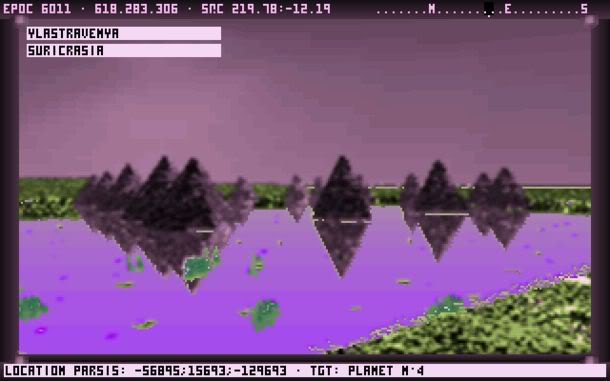 "Noctis: the latin word for "night", and the title of this simulator. Night, after all, is just the word we use to describe the absence of light while the Earth is turned away from the sun, and in space, there is no light but the distant pinpricks of ancient stars. Space is a lonely place, but it harbours some truly spectacular secrets; eerily glowing pulsars, enormous red giants, glittering, beautiful nebulae, and deadly, all-consuming singularities to name but a few. For most people, the thought of going into space and exploring such sights is an impossible dream. But no longer; Noctis allows you to do just that. In technical terms, it is a fully 3D galaxy, which allows you to explore thousands of stars, their planets and moons. From the moment you first play Noctis, you'll be hooked." - Manual author's description

Why play it? Noctis is a "dreamable space simulation" that is nearly infinite in size. It was originally created by Fottifoh between 1996 and 2001, but has since been modded and added to, and fans are still working on it even now.

Noctis IV CE (Community Edition) was released in 2005 and has versions that run on Windows as well as through DOSBox. It also adds better planet generation, and more creatures and environments on the planets for you to discover. It also makes taking screenshots and movies while playing easier.

There isn't another game or simulation quite like Noctis IV CE out there. Once you get to grips with it, you have a vast infinity to explore, and before now I've been stunned by huge ruins, alien flora, and intimidating beasts. There are lava planets, others that make you wish you had a picnic during your stay, and some are so dangerous you can't even land on them.

If you're a fan of exploration games, then Noctis IV CE is a must play, so make sure you go through the manual attentively. - Chris

Note: The download below contains multiple versions of Noctis IV CE. Not all of them will run on your computer, but at least one of them should. Worst case scenario will be running it through DOSBox. 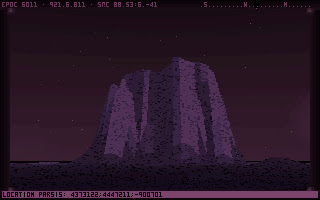 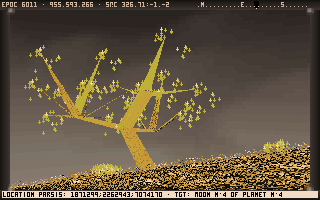