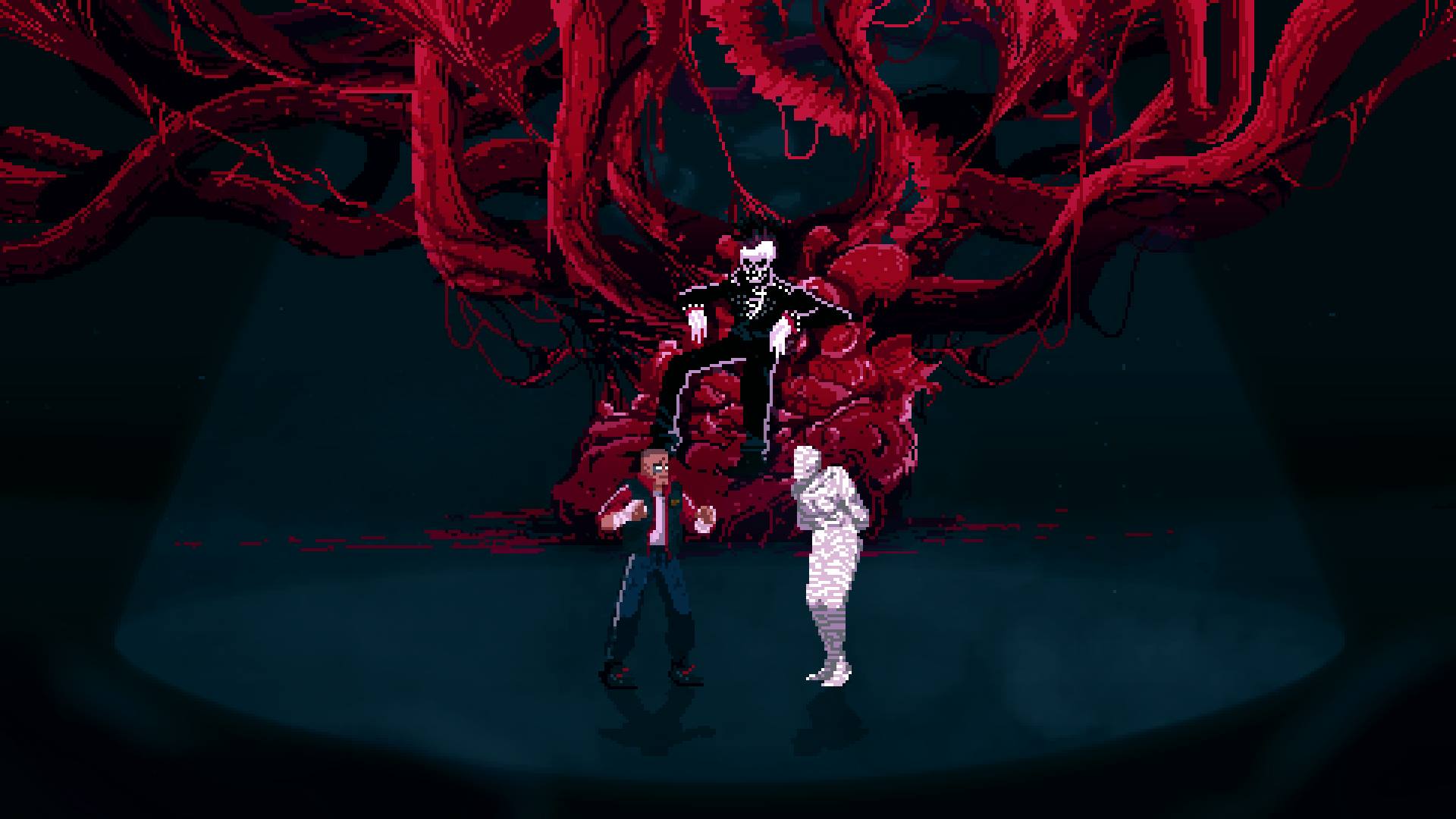 "Mother Russia Bleeds is an unrelenting, ultra-violent Beat ‘Em Up, brimming with hard-hitting action and game altering psychedelic twists. The game will be playable by up to 4 players." - Author's description

Why follow it? Mother Russia Bleeds is set in an alternative 1980s USSR, and follows an "imprisoned antihero with a crippling drug addiction", as he escapes and goes on a murderous spree to exact his revenge.

It's the darker, macabre side of the game that really grabs me. It's a beat 'em up like the arcade classics, but soon moves from believable dark streets and bar brawls, to a disturbing backdrop amid gambling businessman and further into gory hellscapes where you seem to fight demons. I'm all about that. - Chris