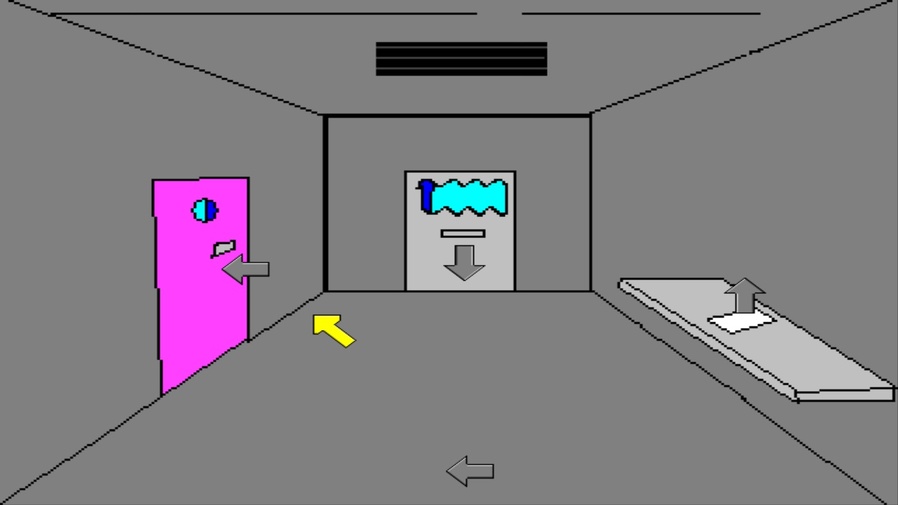 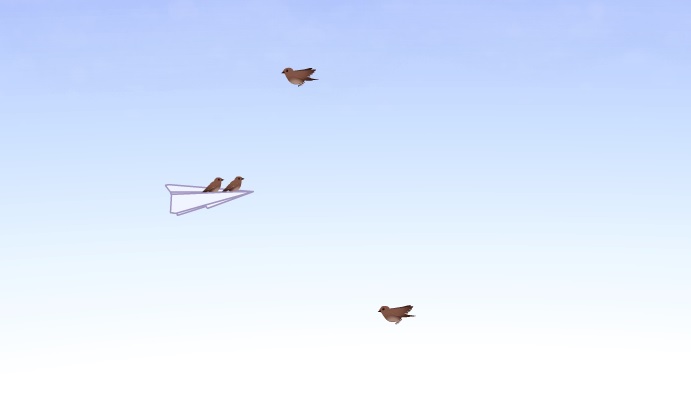 Why play it? I've never had a game induce upon me an extreme form of submissive akrasia. It happens to me rarely outside of games as it is. The times it has happened always involves walking along a path when a burst of endorphins explodes in my brain for whatever reason. It makes me want to just keep walking, maybe faster and faster, towards anything and everything. I feel like something else in my head -- perhaps the chemicals -- is controlling my unstoppable forward motion like how an orgasm has a hold over the contortions of your body.

It's this that overcame me when arriving at the ending of Icarus. And what a perfect feeling to achieve considering that this game is based on the legend of Icarus. It not only recreates the flight of Icarus, but had me feel the same freeing pleasure that Icarus had when accidentally flying towards his own death.

It did this by miming Daedalus's two-part warning to his son: don't get too close to the water or the sun. The water is right below you, in clear sight, so the warning raises a dangerous curiousity: How far up is the sun?

It turns out it's further than you think. As you move upwards, you become increasingly wary of the fragility of your paper body. You're not sure whether you should avoid the clouds and birds just in case they should crumple you. The behavior and function of this world isn't yet clear -- is it to hurt or to comfort you?

Finding out how other entities interact with the paper airplane is a moment of relief and joy that led me to a state of tranquility. Having encountered what I thought were potentially near-death moments, I was able to appreciate the gentle hues of the sky, and the surrounding birdsong, even more.

That's what guided me towards the ending -- my own pursuit of pleasure; rather than a signpost or otherwise heavy-handed directedness. 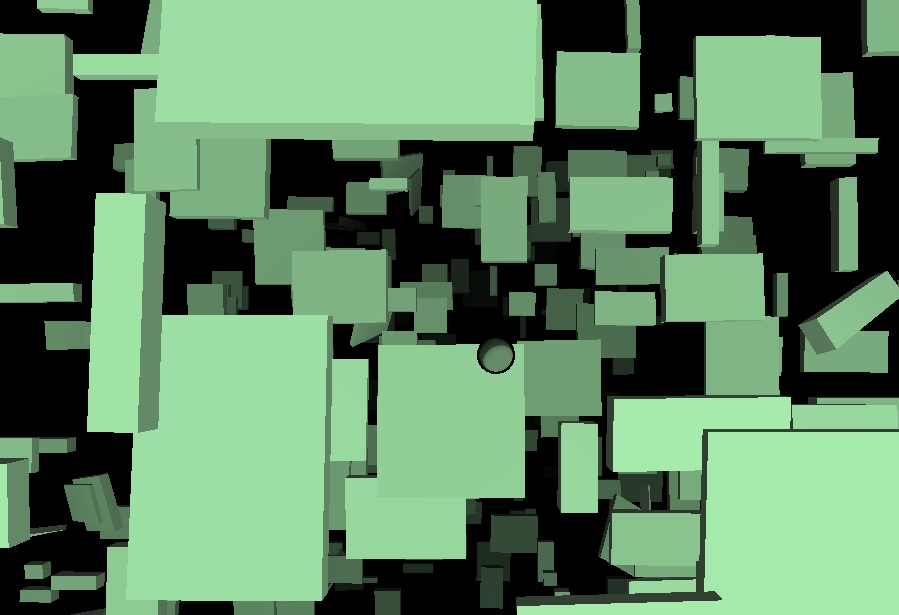 Why play it? Ever insightful Warp Door reader "Clyde" leaves a comment about 500m, simply saying: "Be the pachinko-ball."

That's right. In 500m, you live the life of a pachinko-ball, used only to fall down the cluttered space of a pachinko machine, landing in a slot that dictates the player's winnings or losses.

However, in 500m, your goal is to avoid falling to the bottom for as long as possible. You fight against the descent by landing on platforms, using up the limited fuel supply to push the ball towards them while in mid-air, and then attempting to balance on them upon landing as they tilt at angles that cause you to slip off.

At the bottom, there are no pachinko slots, but an endless negative space. So it's a fight for life, to exist in the positive space, which is made especially hard as your whole utility is to fall into the nothing below. The effort becomes one of enjoying those temporal moments of stillness, when life stops passing rapidly for a couple of seconds, when you're supported by something solid beneath you.

I'm getting bored of calling things a kind of "existential horror" but it feels like an appropriate term to use here. 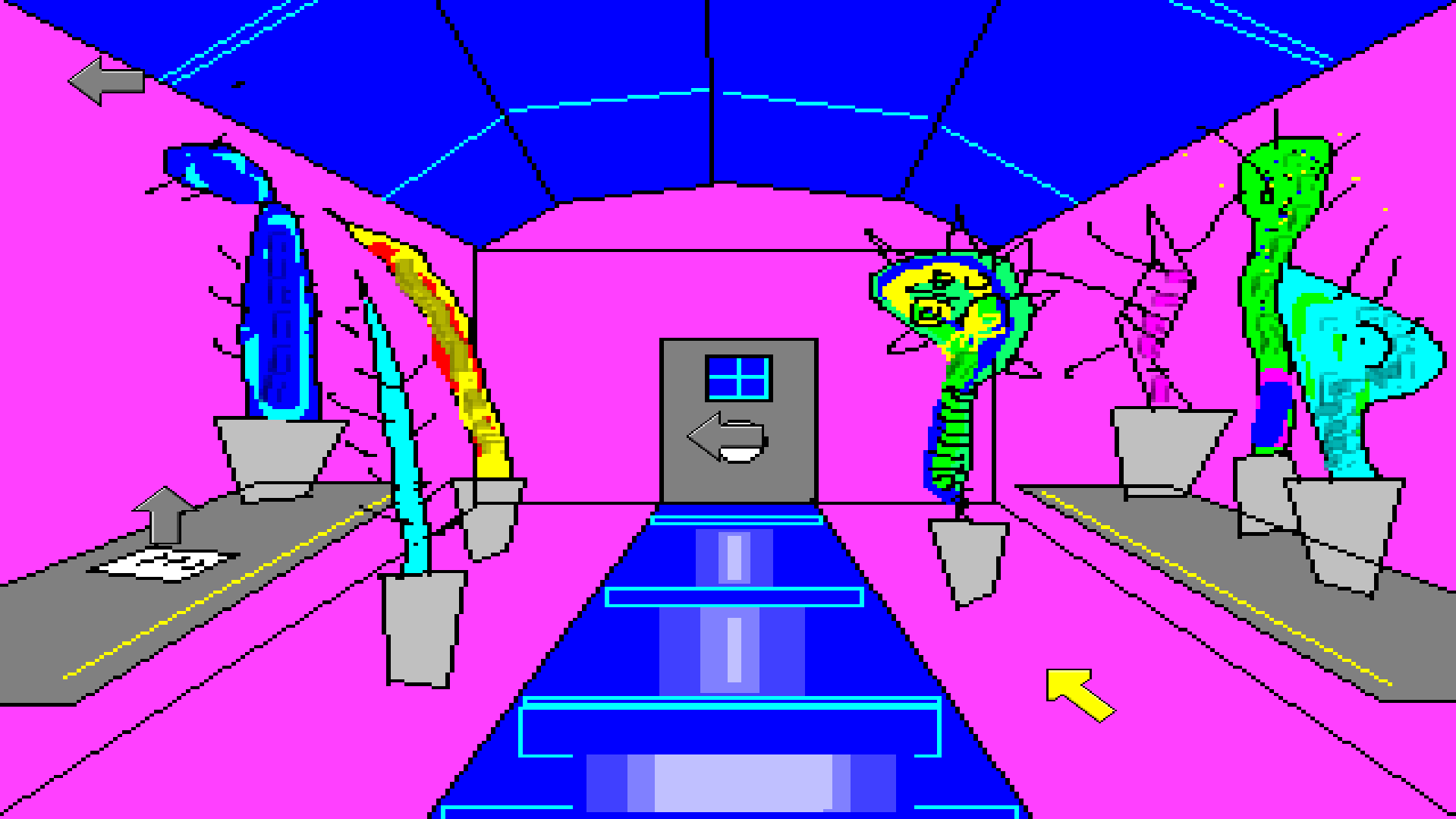 Why play it? "I like sounds a lot. Sometimes I stand in public bathrooms and listen to the sound of the hum".

That's a quotation from Jake Clover. He wrote it on the Game Jolt page for Dr. Candle in response to someone's praise of the game's sounds.

This is a point-and-click adventure in which you have only one task: to watch over Louis's Toxic Garden. That's all you have to do -- an idling activity that breeds boredom. The lengthy, rambling notes you can find direct you to monitor the purple plant in particular, as it apparently wiggles but hasn't done so for a while, causing some concern among the other scientists. Even though you know the plant won't move as it's part of a static 2D image, this underlying mystery entertains your intrigue -- what if?

There are a few other minor activities you can pursue, some more rooms to explore, but they eventually lead to nothing, leaving you with just the Toxic Garden. The game has no proper ending so your main activity is endless and can never be completed.

What you're left with, then, are the looping sounds of each room and environment for company. Loud thumps, echoing footsteps, hissing pipes; these are the personalities you get to know. They seem annoying at first, but eventually you come to appreciate the comfortable rhythm they supply, like the milkman arriving at 8:11am every day with your pint of milk.

It reminds me of my own loving relationship with constant background noise. It helps when I'm writing. That's not unusual: there are whole websites dedicated to supplying this ambience, such as Rainy Cafe (a favorite of mine). As is quoted on that website, "Moderate background noise induces distraction which encourages individuals to think at a higher, abstract level". In other words, you get lost in your own thoughts, creating wild theories and perhaps even alternative universes inside your mind in these drawn out moments.

Jake Clover translates this appreciation of background noises and the intense thought engagement they allow for through Dr. Candle's passiveness. He says himself that it is an effort to emulate the "effortless and not carey appearing" of thecatamites's short games. 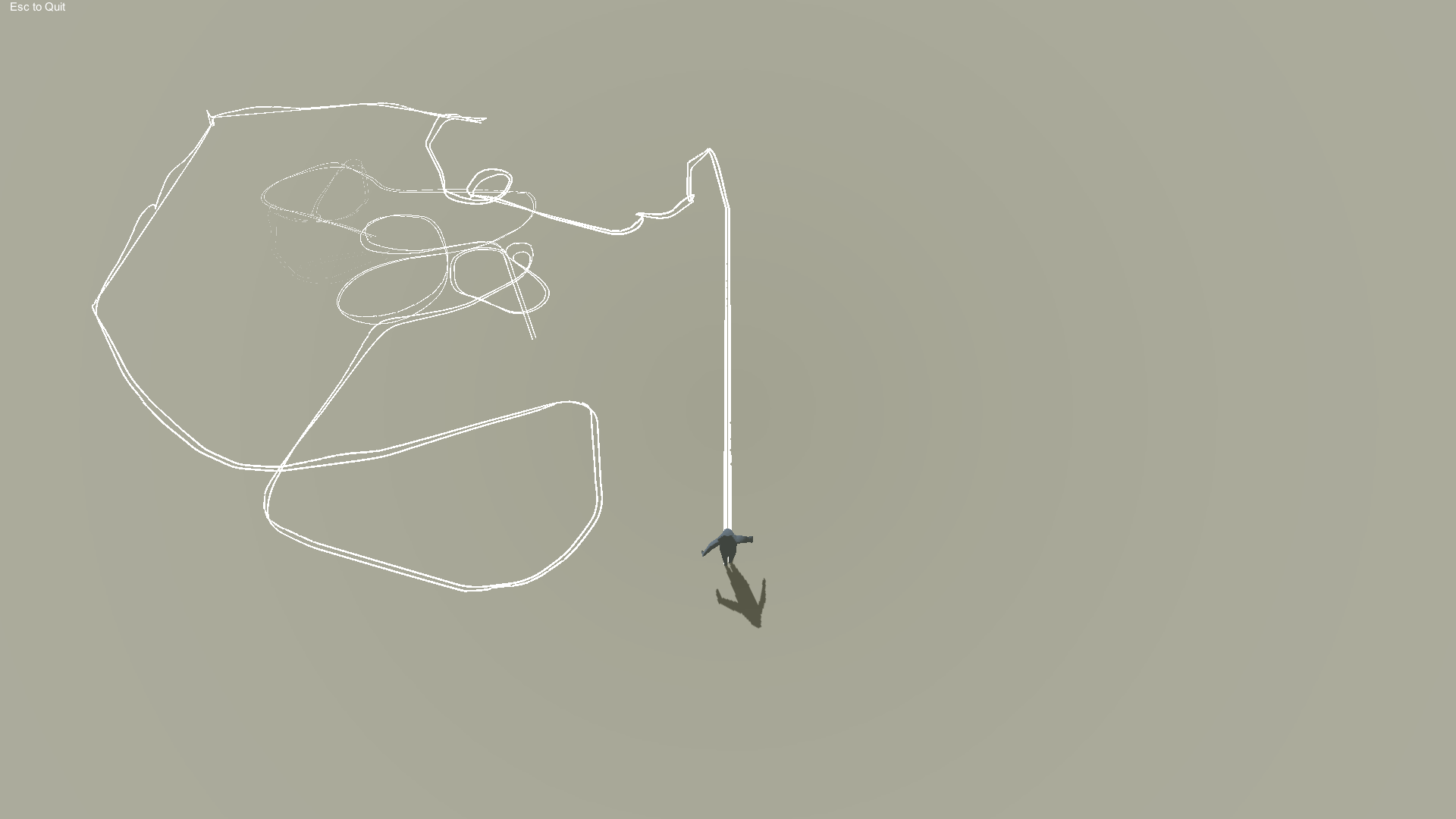 Why play it Doodling is the movements of, typically, an idle mind transferred onto a canvas. I used to doodle when young and my mum said I couldn't play on the computer any longer and the rain prevented playing outside. I probably got it from her, actually, as she still doodles when talking on the phone (sometimes for up to two hours). I've found that doodling lies somewhere between automation and creativity. Typically, I'll draw shapes and lines, and then see something within them, maybe a creature or a flower, and then bring it to life by bending the doodles rigidly into its form.

Draw Dammit! doesn't just let you doodle. It's more than that, it incentivizes you to keep drawing -- its creator rightly says it "empowers doodlers". Instead of a pen, you control a skater that gestures wildly with their arms. As they move, uplifting music plays and when you abrupty stop the skater, the music also stops. What I particularly love is, when still, the skater waves their arms about as if to encourage a crowd's cheer for their performance.

This is the kind of "time-wasting" game that Lana Polansky finds a healthy form of emergent play in. It's fun because it's aimless, which allows you to find joy on your own terms, in this case being the skater's small gestures and the interplay between music and movement.

Side note: Is it just me or do you tend to stay around the area you've drawn for yourself when playing Draw Dammit!? I have this huge empty canvas to draw upon but I feel compelled to stay near my initial doodles. It's almost like I'm scared to leave the safety of these drawings and move into the unexplored unknown. What if my ink faded and I couldn't follow it to find my way back? 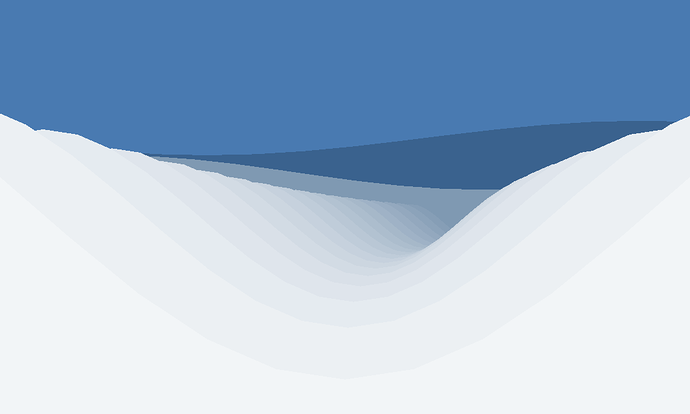 Why play it? Mozart's 40th Symphony plays as you slide down endless ridged snow slopes. Again, we have a game that doesn't direct your way of playing. Like Draw Dammit!, however, it does suggest a pleasure in marrying the music with your movements.

You can ascend the slopes to your sides and get some air -- this much we learn in snowboarding and skateboarding games. There are no tricks to pull, though.

Instead, the swishy, up-and-down movement that you engage in across riding up and down multiple slopes mimics the baton gestures of a conductor, who would likely be leading the symphony. What emerges is an enjoyable cadence in your changes in direction and speed according to the music. It feels that through some abstract method you're able to influence the music as it, too, influences you.

Why play it? The lack of interaction here is significant. All you can do is scroll horizontally across an animated silhouette of two cities bombing each other. This encapsulates the inability that I've felt recently when seeing news reports of the Gaza conflict and its many deaths. I can only watch from afar as innocent people die.

The death toll counter in the game is effective, getting across the amounting cost in lives of this ongoing conflict. The "Reasons" counter is much clumsier and, perhaps, the game would be better off without it.

To understand why I say that, you should know that there's nothing in the game that specifies the two cities as belonging to Palestine or Israel, or indeed that it's a demonstration of the costs of the Gaza conflict. The game's creator, however, does say in its description: "Not meant to cause offence, nor is this "pro-Israeli" or "pro-Palestine". So that's presumably supposed to be the interpretation we are meant to make.

Without this specific context being present in the game, though, it means someone could play it without understanding its larger implications. This is why the "Reasons" counter only trivializes the death of so many innocent people to me. This could be rectified if the single worded reasons were expanded upon in order to educate on the bigger issues behind the conflict.

In terms of capturing the helpless feeling of being a viewer to mass killings it is successful. But if the further context was available at length inside the game then it could be even more powerful.