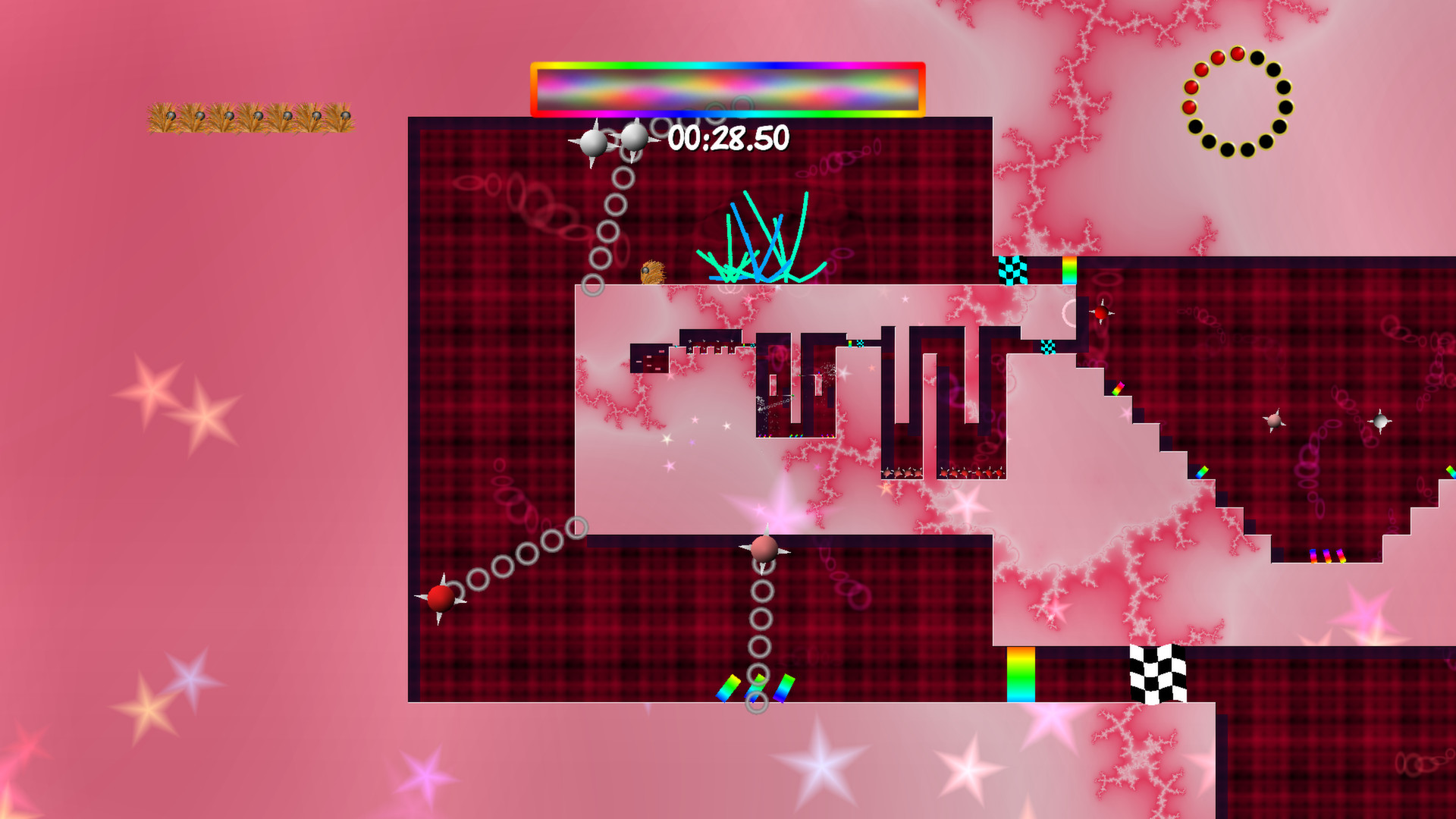 "Growing pains is a fast and furious platformer which gives the genre a shake up with psychedelic graphics, a thumping soundtrack and an ingenious twist that you’ve never seen before. The "Vessel" which you control continually grows and expands leaving you in a permanent race to clear the area and escape before you get too big and find your butt wedged in a tight spot." - Author's description

Note: Growing Pains is inspired by creator Dave Johnston's pregnant wife as she struggled with mobility as her 'bump' grew in size. Read about it on The Guardian.