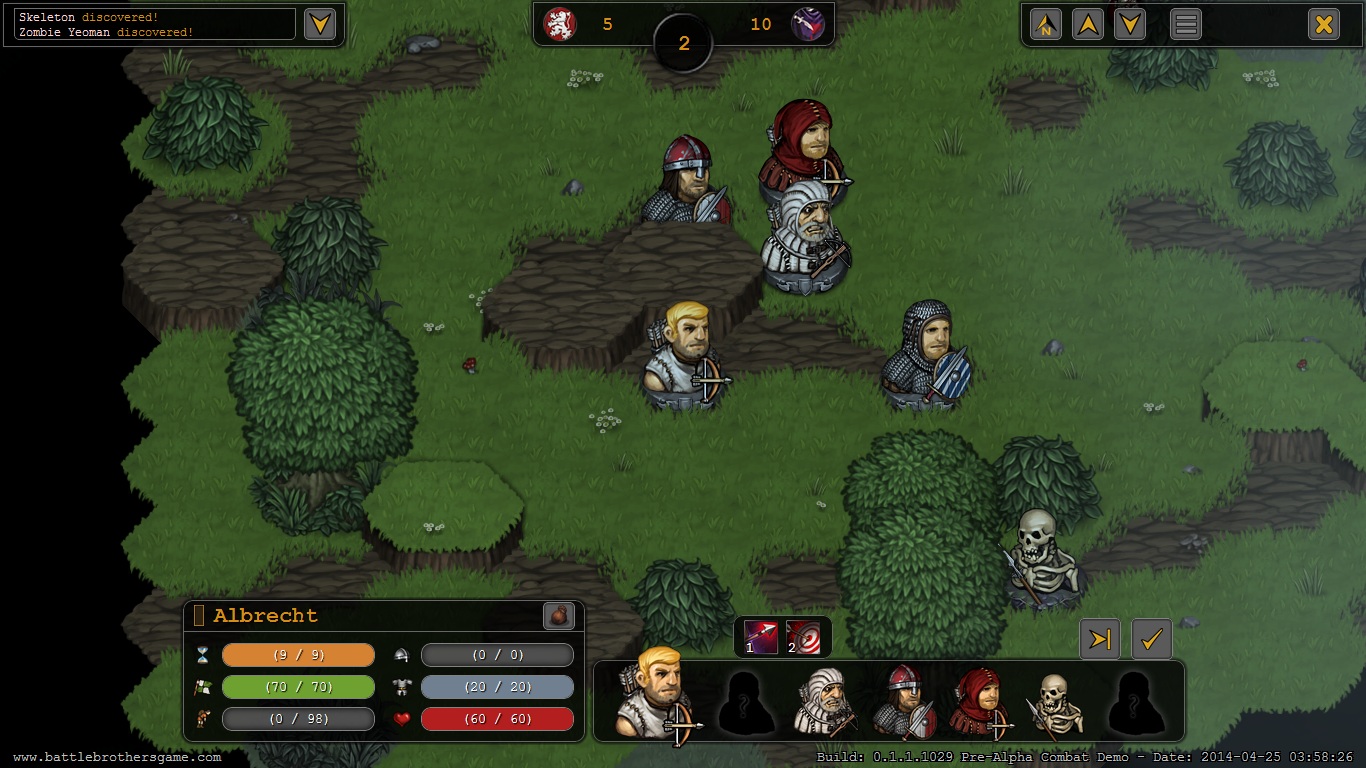 "Battle Brothers is a challenging turn based strategy RPG mix for PC, Mac and Linux. The gameplay is inspired by such classics as X-com: UFO Defense and Jagged Alliance. It is being developed by Overhype Studios and is in pre-alpha stage right now. You take on the role of a leader of a band of mercenaries and adventurers on the hunt for treasure, fame and legendary artifacts. As you journey onwards, an epic scale invasion unfolds that leaves nothing but burning rubble in its wake. You and your Battle Brothers emerge as the people’s last hope to unravel the source of the invasion and strike at its heart. Will you turn out to be an able commander using cunning tactical outfits to emerge victorious, or will you fail miserably sending your men into a futile bloodbath? It is up to you, but be careful – every decision matters." - Author's description